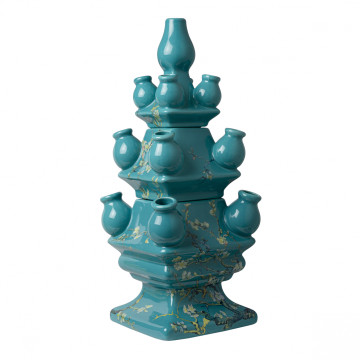 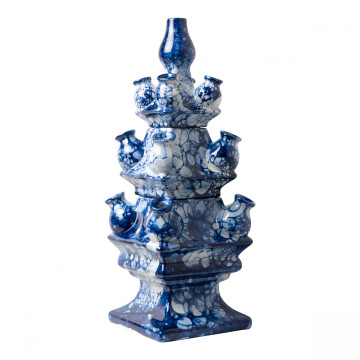 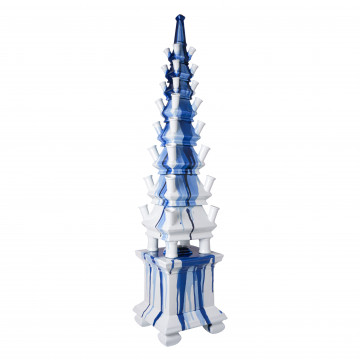 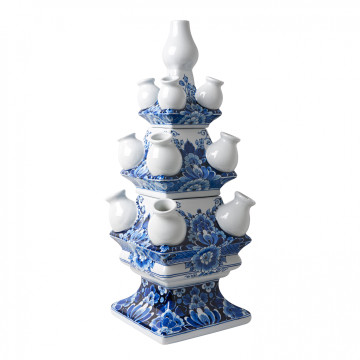 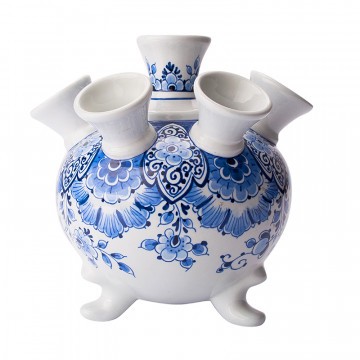 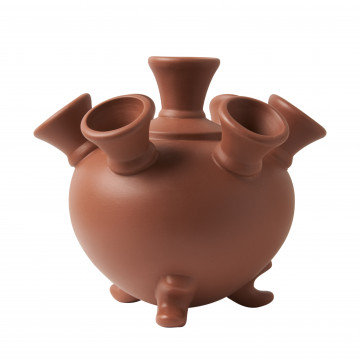 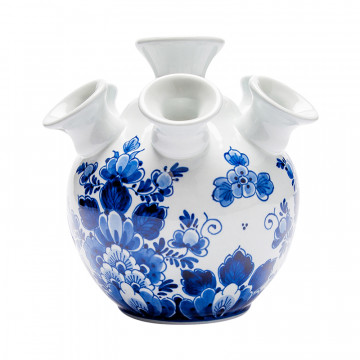 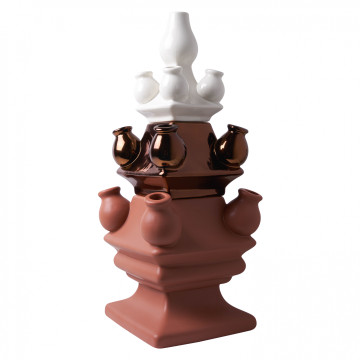 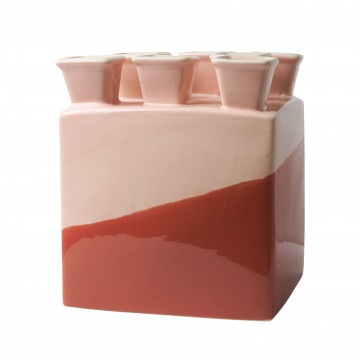 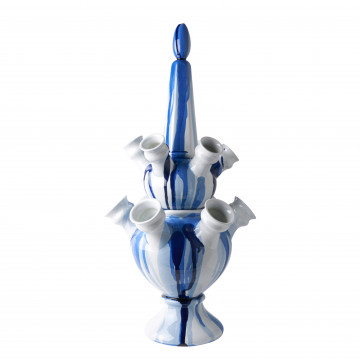 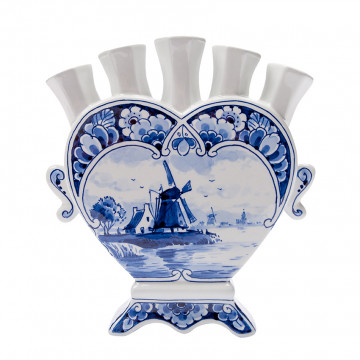 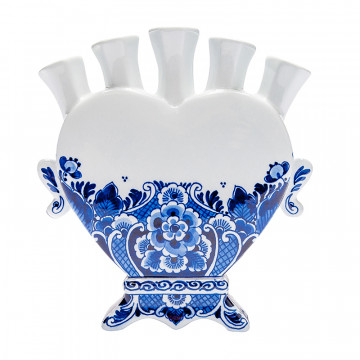 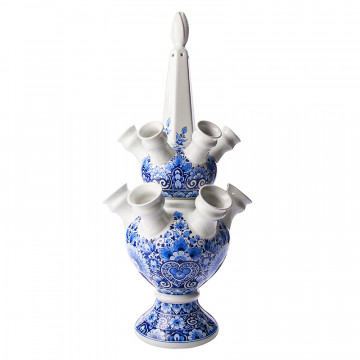 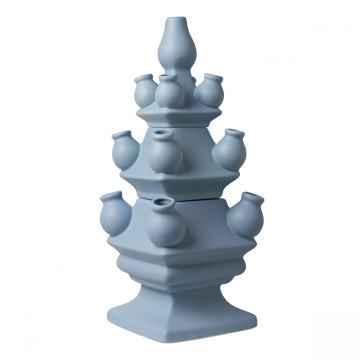 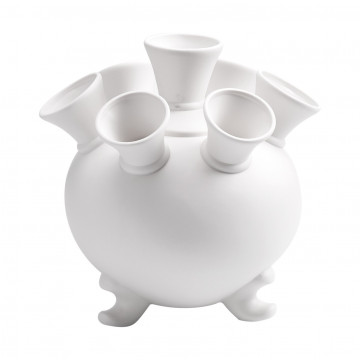 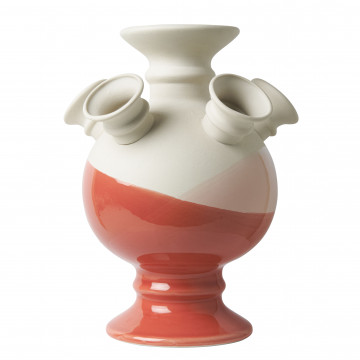 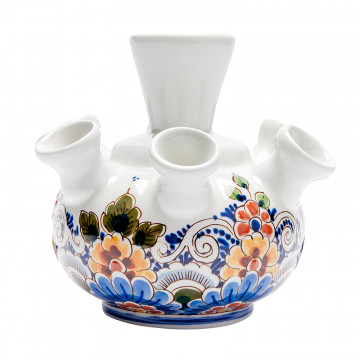 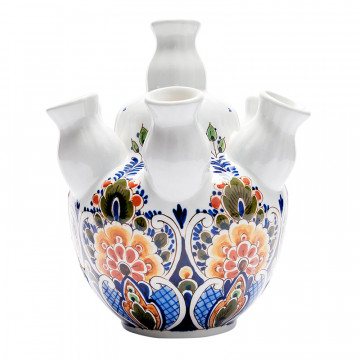 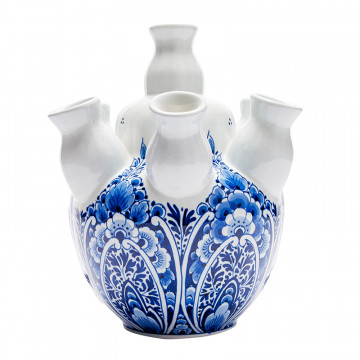 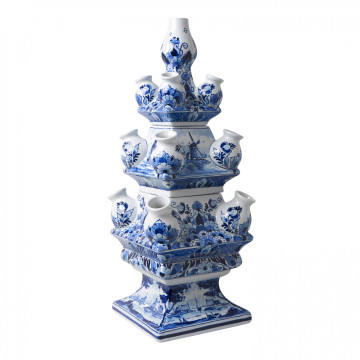 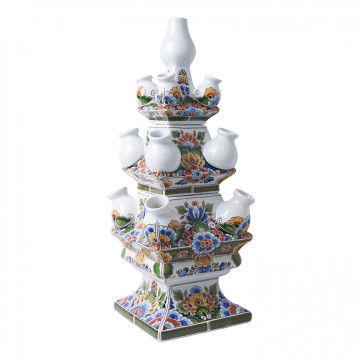 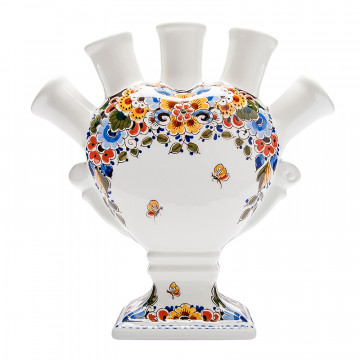 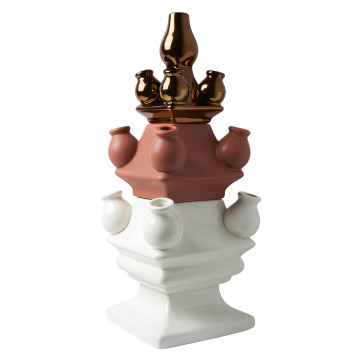 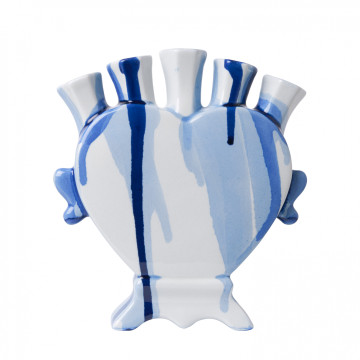 Heinen Delfts Blauw has beautiful Delft blue, traditional and modern tulip vases in their collection. The tulip vase has a remarkable history and has been a popular decorative piece for centuries. The vase is a stunning showpiece with our without tulips! The tulipiere deserves a spot in every Dutch home. We love them, as they are the best vase for our favourite flower: the tulip.

You recognize the tulip vase by it's pyramid shape with several layers and multiple spouts to create a perfect flower arrangement. This historical vase is an invention by the British princess Mary Stuart, wife of King and regent Willem the third. She loved to fill her home with fresh flowers! Since then the tulip vase became a symbol of wealth, not because the vase was so expensive, but because tulips were worth more than hand-painted porcelain back then. The tulip vase never lost its popularity and at Heinen Delfts Blauw we create traditional tulip vases, but we also make tulip vases with a more modern look.

At Heinen Delfts Blauw you find tulip vases in different price categories and of different sizes. Large tulip vases of over a meter high or small ball shaped tulip vases for the coffee table. We have tulip vases with very traditional decoration on it, but also modern ones. With square edges or rounded like a ball shaped pyramid. There is always one tulip vases that matches your wishes!