This website is using cookies. Read more
Go to content
We ship worldwide!
Unique hand-painted pottery
Shipping with DHL
Designed in Holland
Due to municipal roadworks, our shop on the Prinsengracht is closed on Tuesdays and Wednesdays. Feel free to visit our other stores in Amsterdam

The Blue Bicycle collection by the French illustrator Sylvain Tegroeg started with the well-known Blue Bicycle vases and has since been expanded with tableware. The typical Dutch bicycles and the Delft Blue is a must-have for anyone who lives, or has been on holiday in the Netherlands. 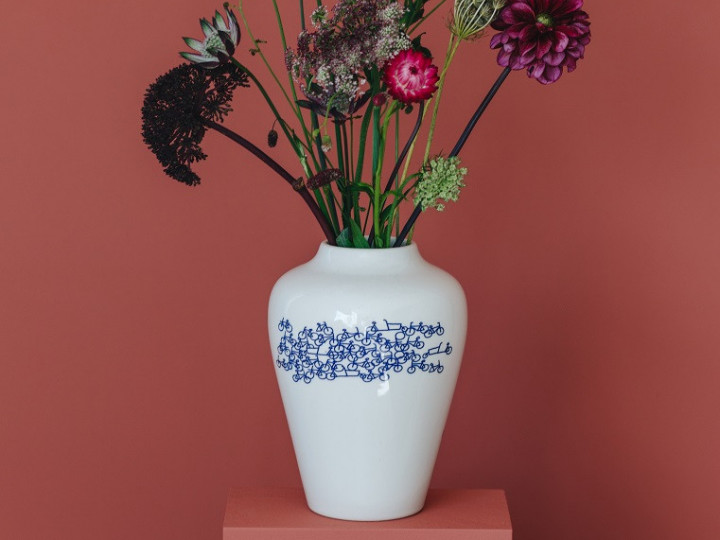 The Netherlands and cycling are inextricably linked. Everywhere in the Netherlands you see cyclists on the street. The French illustrator has translated this experience into modern home accessories and tableware in a trendy way.

"Every tourist is amazed by the enormous number of bicycles. That is really something that stays with them. I have chosen a sketchy illustration form, because it gives the vases a fresh and modern look."

The sketchy design of the bicycles gives the collection a fresh and modern look that suits Heinen Delfts Blauw: creating new traditions. 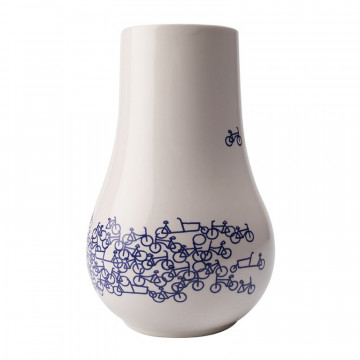 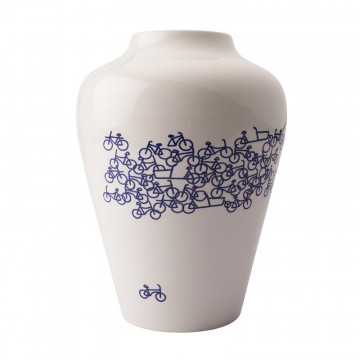 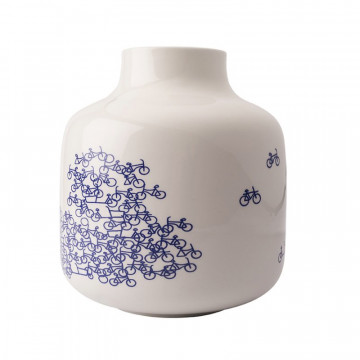 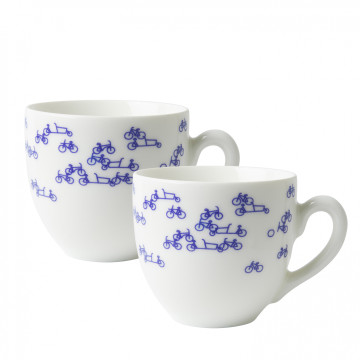 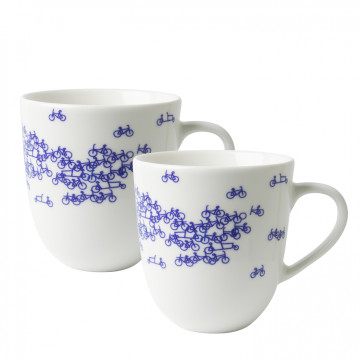 French illustrator Sylvain Tegroeg is a multidisciplinary designer who develops products and illustrations. For Heinen Delfts Blauw he wanted to design something that would bring Delft blue to the here and now. The Blue Bicycle collection was born and has become a success.

Heinen Delfts Blauw regularly collaborates with various well-known Dutch designers and celebrities to develop new and unique products. Over the years we have worked with various designers such as Richard Hutten, Geke Lensink and Jacob Baan. We are currently working with Debbie Wijskamp, Redmer Hoekstra, and Romy Kühne. Every designer has his own style, which we combine with the modern Delft Blue products from Heinen Delfts Blauw.